Posted at 18:02h Insight & Research by Way To Blue

You’ve never heard of HouseParty and that’s okay. HouseParty launched in February 2016 and is from the makers of now defunct Meerkat, the 2015 breakout app that started the whole the live trend (Facebook Live, Periscope, etc).

Meerkat founders Ben Rubin realized very quickly that it could never compete against the likes of Facebook and Twitter, so it took a look at what worked and what didn’t. They found that while broadcasting is fun and engaging for users with large followings, it was the opposite experience for everyone else.

In secret they began working on HouseParty, a live-video group-chat service. Where Facebook Live, Periscope, and Meerkat are a part of the public broadcasting medium, HouseParty is a private service. To join a party you need to be invited – meaning that discoverability is limited to who you know. 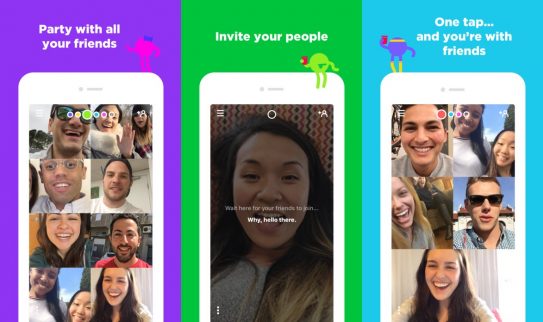 HouseParty can host up to 8 individuals in a single party, creating an intimate experience that you otherwise couldn’t have on a service like Facebook Live. In just over a year, HouseParty has built up 1.2M daily active users. It took Snapchat close to 2 years to reach the same growth. HouseParty is currently the 13th most downloaded app in the Apple App Store.

60% of HouseParty’s user base is between the ages of 16-24. Teens like the platform because they believe it to be more authentic than Instagram, Tumblr, etc.

While we have yet to see any campaigns make use of the young platform, we believe that HouseParty is a valuable tool in reaching teen audiences and connecting them directly with talent or rewarding them with an exclusive experience.